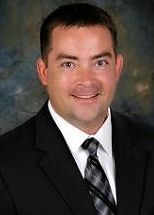 Franklin E. Miner, born in Missouri Valley, Iowa, in 1972 is a partner in the law firm of Miner Scholz & Associates, P.C., L.L.O. and has been practicing law for 20 years.  He was raised on a small farm near Adams, Nebraska.  After graduating from high school, Mr. Miner joined the Nebraska Army National Guard,where he served for over ten years.  He graduated from the University of Nebraska –Lincoln in 1996 with a B.A. in Anthropology and graduated from the University of Washburn, College of Law, Kansas in 2000. Mr. Miner is a member of the Nebraska State Bar Association and the Nebraska Association of Trial Attorneys.

Mr. Miner’s career as an attorney has allowed him the opportunity to successfully represent his clients’ interests in both Nebraska State Courts and in Federal Court to both juries and judges.  Mr. Miner has appeared before the Nebraska Court of Appeals, Nebraska Supreme Court and the Eight Circuit Court of Appeals for the District of Nebraska.